** Robyne garnered Best Actress in a Short Film for her work in Vulnerability at the Peak City International Film Festival 2019.

** Nominated for best actress in a play by Broadway World Maine for her portrayal of Marie Antoinette in the Revolutionists at Public Maine.


** Nominated for Best Supporting Actress by the Pittsburgh Post Gazette for her performance in Mouth to Mouth. 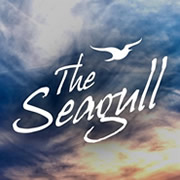